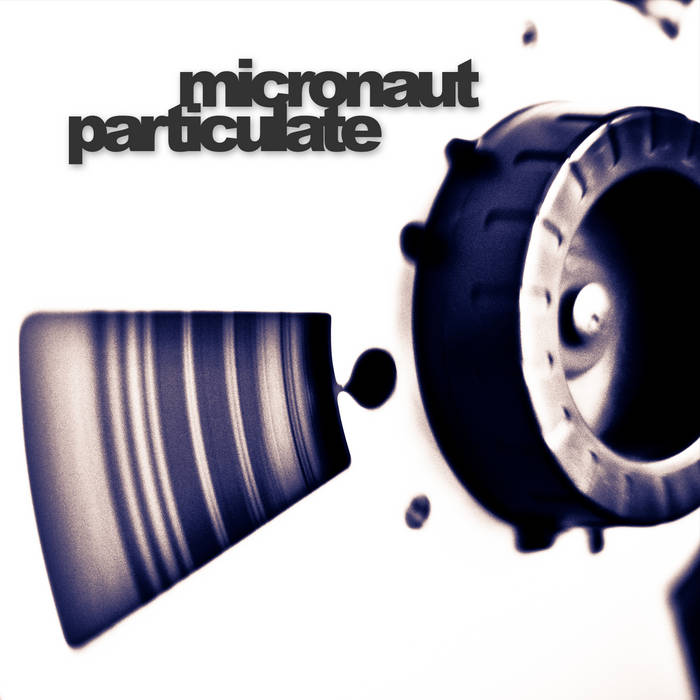 Mike Nickel Be sure to check YouTube for "Oxide", the unreleased track from this EP.

particulate is the latest in a string of experimental electronic music albums released by Chris Randall (of Sister Machine Gun) under his micronaut moniker.

particulate departs from his previous forays in to this realm inasmuch as it is recorded entirely without the aid of modern conveniences like MIDI and digital audio workstations. The album was written entirely on the Roland CMU-800R, which is a music peripheral for the Apple //e computer. Every sound on this EP was either sequenced from the CMU-800R or played live, and the entirety was recorded to, and summarily mixed from, an analog 8-track tape recorder.

Due to the nature of the MIDI-free environment, Chris used a limited palette of synthesizers and drum machines to record these four pieces. Korg MS-20 and 770 analog monosynths, a Korg Monotribe, a Doepfer modular synthesizer, an alphaSyntauri synth (that also runs on the Apple //e) and the Curtis granular application for the iPad, along with the sounds generated by the CMU-800R, comprise the entirety of the sonic toolbox for this EP, along with various effects hardware.

Bandcamp Daily  your guide to the world of Bandcamp

Featuring Gary Bartz, 5 years of Rhythm Section Intl and an LP of the week by Nicolas Jaar